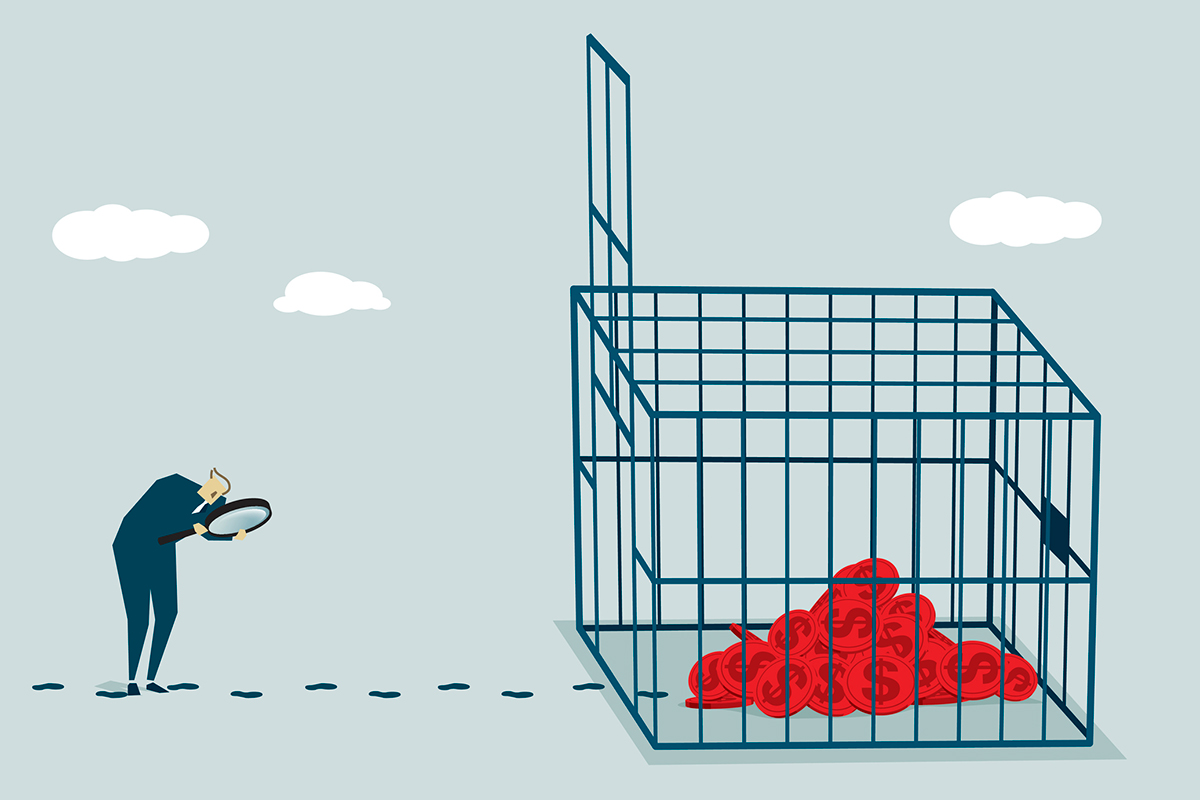 Five people have been charged in federal court for their involvement in two securities fraud schemes. According to prosecutors, the schemes involved an offering fraud of a Texas-based oil and gas company and the attempted manipulation of a cannabis company’s publicly traded stock.

An indictment was filed in the Eastern District of New York against Richard Dale Sterritt Jr., Michael Greer, Robert Magness, Mark Ross, and Robyn Straza charging them with conspiracy to commit securities fraud, wire fraud, and money laundering, among other offenses.

“Through a web of related schemes, Sterritt and his co-defendants allegedly stole millions of dollars from investors, attempted to manipulate a publicly traded stock and laundered the proceeds of their crimes through the purchase of luxury items like a Bentley,” Mark Lesko, acting US attorney for the Eastern District of New York, said in a statement.

According to the indictment, over nearly three years, Sterritt, Greer, Magness, and Ross allegedly committed a series of schemes that included an offering fraud in oil and gas exploration production company Zona Energy securities and a plan to manipulate the price and trading volume of shares of OrgHarvest Inc., which produces, cultivates, and extracts organic cannabis products.

The indictment said Sterritt lured investors in Zona Energy using the alias “Richard Richman.” It also accused Sterritt and his co-conspirators of making material misrepresentations about Zona Energy’s business, management, and the use of proceeds from the share offering.

Of the more than $16 million raised from Zona Energy investors in the offering, Sterritt and his associates allegedly misappropriated more than $10 million to purchase luxury items, pay personal expenses, or funnel funds into other businesses Sterritt controlled.

As part of the alleged OrgHarvest market manipulation, Sterritt, Magness, and Ross are accused of engaging in matched trading to artificially inflate the price of OrgHarvest shares in order to raise revenue and conceal the misappropriation from Zona Energy.

But the indictment says the defendants coordinated the OrgHarvest trades with an undercover law enforcement agent posing as a corrupt stock promoter. They believed the undercover agent controlled a team of corrupt brokers who would buy the artificially inflated OrgHarvest stock in their customers’ accounts.

Sterritt, who the indictment says secretly controlled the majority of OrgHarvest shares through trusts in the name of his girlfriends, family members, and co-conspirators, agreed with the undercover agent to place matched trades at specific prices, volumes, and times to prop up the stock price.

In some cases, investor funds were allegedly wired between bank accounts for multiple different entities in the name of Greer and/or Straza or their entities. The ill-gotten funds were allegedly used for personal expenses, luxury goods, plastic surgery, and to provide cash to Sterritt’s family, friends, girlfriends, and co-conspirators.

If convicted of securities fraud or money laundering, the five face up to 20 years in prison.