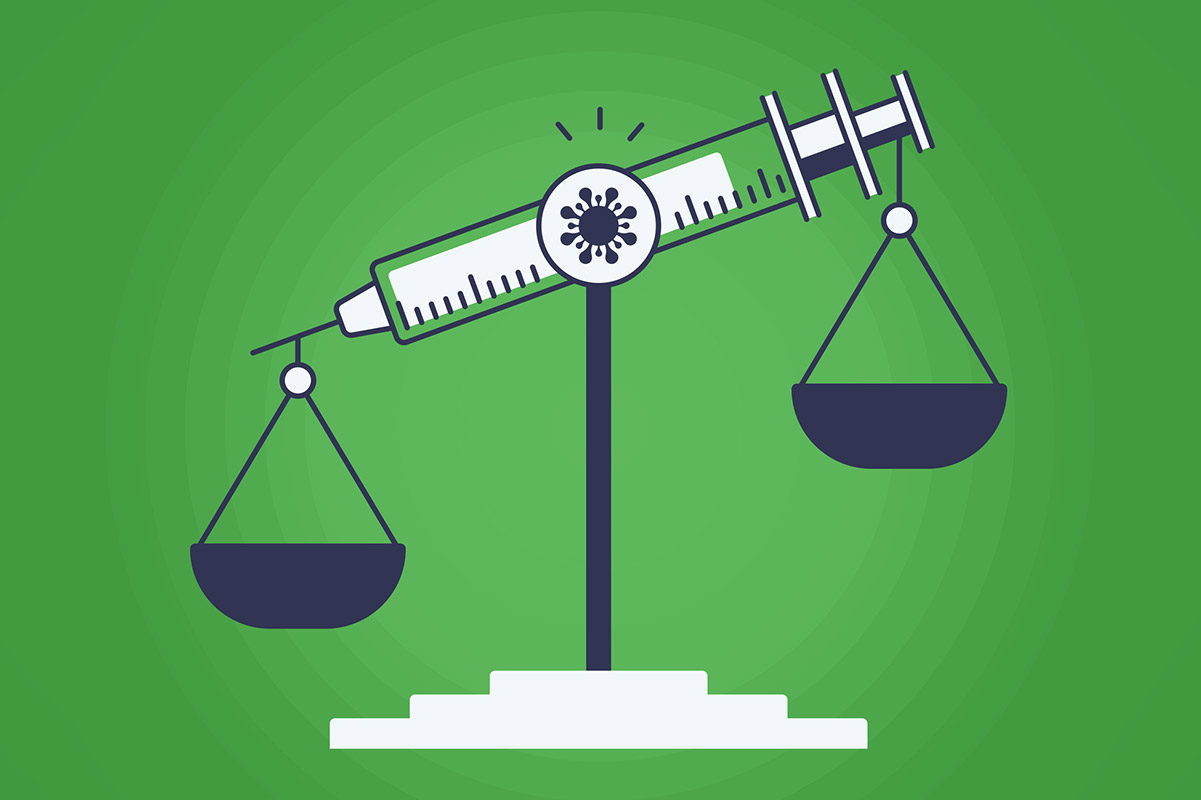 A lawsuit filed by a Chicago Teamsters union to stop a pension fund’s policy of mandatory COVID-19 vaccinations could set a legal precedent that could determine whether non-health-care companies can require their workers to get vaccinated.

The Teamsters Local 743 union has filed a federal complaint to stop the Central States, Southeast and Southwest Areas Health and Welfare Pension Fund from deducting paid time off from members who refuse to get a COVID-19 vaccine.

The pension fund set an in-person return-to-work date of Sept. 7, and in May it circulated a vaccination policy that said employees who have not received a vaccine and do not have an approved religious or medical exception could not enter the work facilities. According to the lawsuit, the policy also stipulates that workers will have paid time off deducted from their paid time off bank for each work day they refuse to receive the vaccine and will not be able to report to work. It also said that if workers exhaust their paid time off, they will be disciplined or even fired.

There is little legal precedent regarding mandatory COVID-19 vaccinations, and the fact that they were issued under the US Food and Drug Administration (FDA)’s Emergency Use Authorization (EAU) has created a legal gray area.

The EUA provision was created in 2004 to help the government respond to any chemical, biologic, nuclear, or radiation threat. According to the text of the congressional act allowing for the provision, health care professionals administering any EUA product must be informed “of the option to accept or refuse administration of the product, of the consequences, if any, of refusing administration of the product, and of the alternatives to the product that are available and of their benefits and risks.”

The union’s lawyers argue that the Central State’s pension fund’s vaccine policy is a “mid-term change,” as defined by the union’s collective bargaining agreements (CBAs) for both hourly wage and salaried employees. According to the complaint, the union met several times with the pension fund in an attempt to make changes to the policy. However, it said Central States was unwilling to negotiate the mandatory nature of the vaccine program. The union also noted that, to be fully vaccinated by the Sept. 7 deadline, employees would have to receive their first shot no later than July 27—now an impossibility.

“The policy violates both CBAs with respect to the ‘benefits of’ employment,” the complaint says. “Neither CBA allows deductions from vacation leave or paid time off, and the parties did not contemplate that such leave would be deducted for disciplinary reasons or as a result of a personal medical choice.”

The Teamsters also argue that the policy violates both CBAs with respect to the “terms and conditions of” employment and that Central States is creating a new condition of employment.

“An employee must receive a vaccine with unknown long-term effects or suffer a progressive loss of benefit time leading to termination,” the complaint says. “Neither CBA allows this by its text, and the parties did not contemplate this during bargaining.”