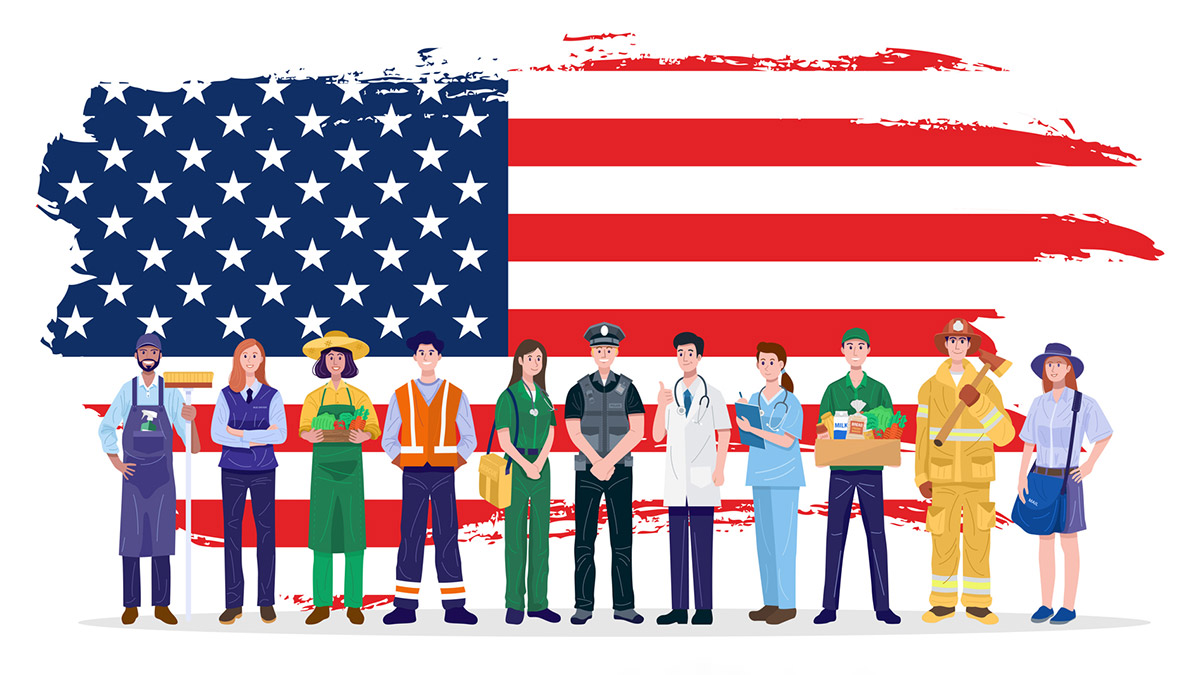 Analysts from S&P Global Ratings examined the platforms of President Donald Trump and former Vice President Joe Biden and found that the biggest differences between the two were their stances on taxes and fiscal stimulus, while it found “surprising similarities” on trade and infrastructure.

According to S&P’s analysis, regardless of who wins the presidency, “the single most important task” for the winner will be to create jobs, as the current 7.9% unemployment rate is higher than or equal to the peak of eight of the last 11 recessions.

“First on the president’s list will be to throw a lifeline to those in need,” S&P said in a report, adding that the federal fiscal stimulus and the related now-expired unemployment benefits were critical to the economy’s rebound after the COVID-19-induced shock in the first quarter.

The analysis warned that although COVID-19 surges in some parts of the country didn’t hurt economic activity as much as expected, “premature fiscal austerity could result in another slump in public-sector demand before private-sector demand fully recovers.”

The report estimates that with no agreement on emergency stimulus, an ongoing trade dispute with China, and no vaccine available during the fall flu season, there is a 30% to 35% chance of the economy falling back into recession.

“The single most important economic imperative is simple: Create jobs. Good jobs,” the analysts said. “When pumping money into the US economy is done right, it’s not just spending, it’s investing. And the return comes in the form of both jobs and growth, which can lead to a virtuous cycle of more good jobs and growth.”

The report said that the biggest differences between Trump and Biden’s respective approaches is on what corporations should pay in taxes, noting that Biden has said he would try to take back about half of the corporate tax cuts under the Tax Cut and Jobs Act of 2017, which lowered the effective rate companies pay to 13% from 22%.

“An unintended side effect [of the tax cuts], however, was the increase in the national debt, given that the boost to the economy fell short of offsetting the hit to government tax revenues,” said S&P, which added that this may have been largely due to companies using the money they saved in taxes for shareholder-friendly activities such as dividends and stock buybacks, rather than investing in their businesses or hiring workers.

Another key difference between the two candidates’ approaches to taxes is that Biden plans to reinstate the corporate alternative minimum tax, which was repealed by the Tax Cut and Jobs Act.

“Such measures could hurt companies’ bottom lines and cash flows, though it is too early to draw any broader conclusions,” S&P said.

While Trump and Biden contrast sharply with each other on taxes, S&P said that when it comes to foreign trade—particularly regarding the dispute with China—the two show more similarities than differences.

“In their public stances, they’ve converged on the idea that US trade policy hasn’t worked to America’s advantage,” said the report, “and neither candidate wants to be seen as soft on China, which is on pace to become the world’s biggest economy within a decade.”

S&P said that any differences between Trump and Biden on trade have more to do with “tone and tack.” The report said a Trump second term would likely maintain his “America First” approach to foreign policy, while Biden would be more likely to build a coalition with allies to achieve trade and economic goals.

“At this point, we believe the tariffs on Chinese goods will likely remain in place for the foreseeable future,” said the report. “More important may be the secondary effects, such as increased uncertainty and the resulting reduction in business investment. That will slow growth in an economy that is only slowly getting back on its feet.”

The analysis also found that the two camps share many similarities regarding their approaches to rebuilding America’s infrastructure, pointing out that job creation and reigniting the economy through the multiplier effect—which measures the economic benefit of spending over time—appeals to both parties’ bases.

However, the S&P analysts said the differences are in the details as Biden plans to pump $2 trillion into physical infrastructure, such as roads, bridges, water systems, electricity grids, and universal broadband, while also investing in care services and facilities. Meanwhile Trump’s second-term agenda, which S&P notes is light on details, looks to “build the best infrastructure system in the world” and establish a national high-speed wireless internet network.

But whether Trump is re-elected or Biden ousts him from the White House, S&P’s sobering view is that “the harsh reality is that whoever the president is on Jan. 20 has his work cut out for him.”