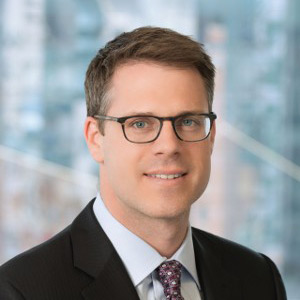 Craig W. Smith has been tapped as the new chief investment officer of Tufts University, overseeing its $2 billion endowment.

An experienced financial services professional specializing in institutional investing, Smith has been serving as the interim CIO since March 2020 while the school conducted a national search. He replaces Sally Dungan, who died of cancer a year ago.

Smith called the appointment a great honor, noting Dungan’s accomplishments as Tufts’ first CIO and a trailblazer in the field. Leading the endowment since 2002, she nearly tripled its size during her tenure.

The position was one of the CIO realm’s most watched vacancies. Another high-profile opening is at the State of Wisconsin Investment Board (SWIB), which is conducting a search to replace David Villa. He served as SWIB’s CIO from 2006 until his death in February.

“I am thrilled to be named Tufts’ chief investment officer,” Smith said. “It is an incredible opportunity to lead an outstanding investment team as we build on the platform that Sally created.”

He joined Tufts in 2018, first working as investment director, leading the marketable investments team. In this post, he engineered a restructuring of the university’s public equity, marketable alternative, and fixed-income investments.

Before Tufts, Smith was a partner at Cambridge Associates, where he managed more than a dozen portfolios for university endowment and foundation clients over a dozen years. What’s more, Smith was a founding member and a CIO within the firm’s outsourced chief investment officer (OCIO) practice, CA Capital. Prior to Cambridge Associates, he worked at Grove Street Advisors, where he conducted due diligence on private equity and venture capital managers.

Smith received a Master of Business Administration from the Wharton School at the University of Pennsylvania, where he was a Palmer Scholar, and a bachelor’s from Dartmouth College.

“Craig’s deep understanding of Tufts’ financial objectives and culture and the breadth of his prior investment experience uniquely position him to lead Tufts’ investment office forward,” said Michael W. Howard, executive vice president, in a statement. Smith will report to him and the investment committee of the university’s board of trustees.