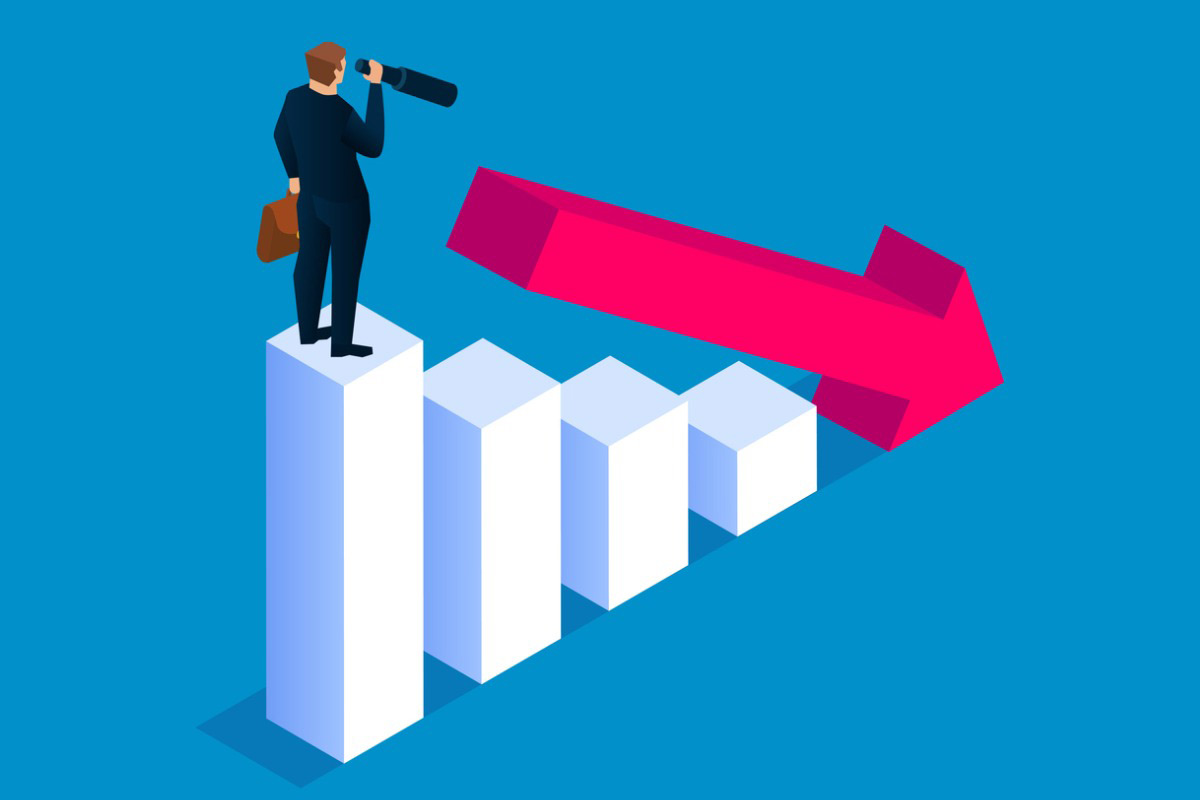 Looking for a bearish rationale? Try the market’s latest pattern: Its breadth has widened. And when that happens, stocks don’t do well.

The current dispersion in the S&P 500 is rather wide. Sam Stovall, CFRA’s chief investment strategist, likens it to “a school of fish.” That is, all over the place. Thus far this year, the leading sector, energy, is up 34.4%, according to Yardeni Research. Meanwhile, the laggard is perennial plodder utilities at 3.3%. That’s quite a gap between them.

The market displays staying power when a high percentage of sectors, sub-industries, and stocks are pulling upward together, Stovall wrote in a note. Yet, like the safety offered by a tight school of fish, the S&P 500 has also performed better when the difference between the best and worst performing sectors has been narrow, rather than wide, he observed.

The current dispersion “is uncomfortably wide,” he added. Since 1990, the average difference between the best and worst performing sectors on a trailing nine-month basis has been roughly 36 percentage points. Today, that difference is almost 80 points, or more than two standard deviations above the average.

During previous incidents of such extremes, the S&P 500 fell an average of about 3% in the following nine months, compared with the average rise of 7.2% for all nine-month periods. It climbed in price only 35% of the time, versus the more normal 79%. In Stovall’s view, “Though no guarantee of an impending decline, today’s wide sector berth points to an increased likelihood of underperformance, relative to its own average return.”

Just a 30 days ago, Stovall thought that this broad breadth was a good thing. But that was when it appeared that many sectors were climbing at once, displacing the 2020 hegemony of the Big Tech stocks. Trouble is that, despite a continued market rise since then, the advances weren’t huge. The S&P 500 increased 3% since June 15, but the sectors were bunched together—thus far in July, they’ve ranged from a high of consumer discretionary at 3% to energy at minus 2%, by Yardeni’s reckoning.