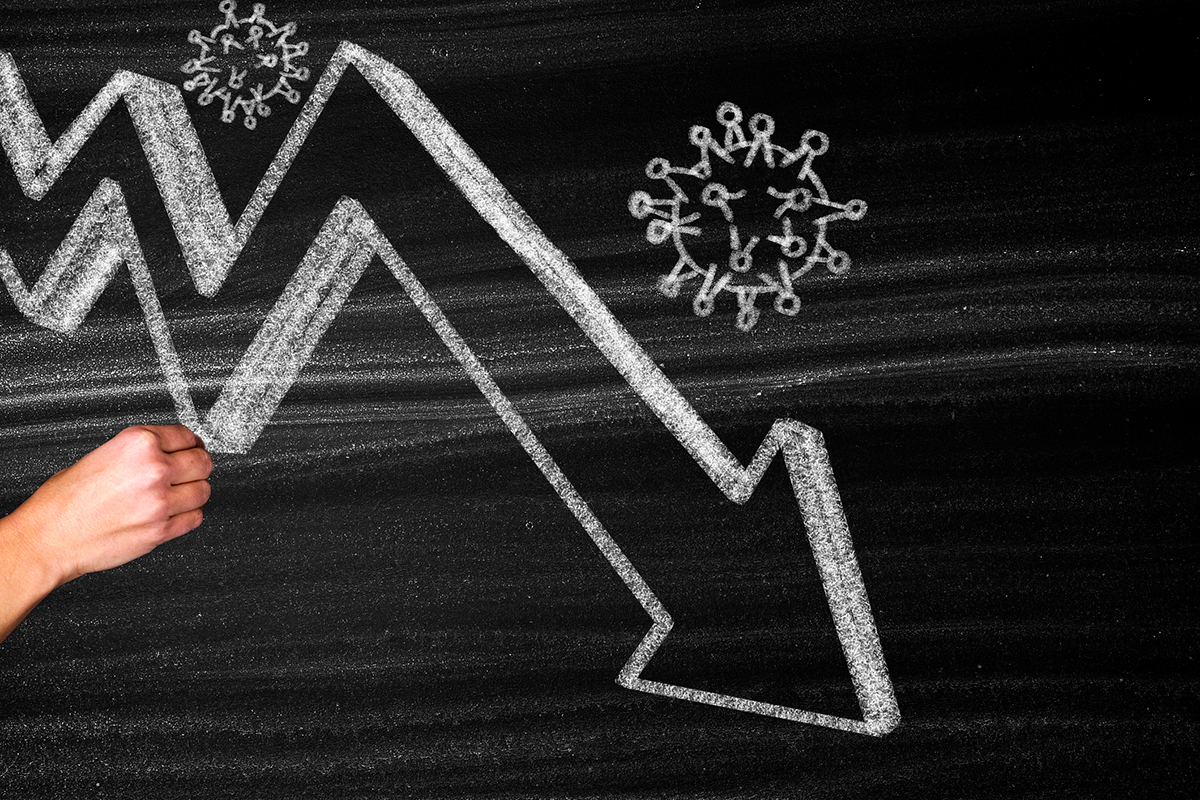 A new report from Fitch Ratings warns that the economic impact of the COVID-19 recession will be felt for years, as it expects the largest advanced economies will stay 3% to 4% below their pre-pandemic trend path by the middle of this decade. And that’s if we’re lucky, because the forecast is based on an optimistic assumption.

Fitch said the updated gross domestic product (GDP) growth projections through 2025 for the 10 advanced countries covered in its Global Economic Outlook are approximately 0.6 percentage points below its previous five-year projections. For example, it cut is forecast for US productive potential growth to 1.4% from 1.9%, lowered the UK’s forecast to 0.9% from 1.6%, and dropped the eurozone’s to 0.7% from 1.2%.

But that’s only if there’s no setback in the fight against COVID-19 and countries aren’t forced to lock down again, which may be unlikely as the number of cases and deaths worldwide continue to climb. In the report, Fitch said “a reasonable base-case working assumption for the purpose of economic analysis is that the health crisis gradually eases over time, with renewed nationwide lockdowns avoided and virus containment sought through more targeted responses.”

However, that assumption may be facing a threat. Earlier this week, UK Prime Minister Boris Johnson said Europe is starting to see signs of a second wave of the coronavirus, while the head of Germany’s public health agency said it could already be in a second wave. And Belgium Prime Minister Sophie Wilmes warned of a potential second lockdown. Meanwhile, the number of COVID-19 deaths in the US recently topped 150,000 with no signs of abating.

Rosy assumptions aside, Fitch’s downgrade stems from expecting a combination of rising long-term unemployment and sharply falling business investment. It said the “jobs shock” is likely to cause many workers to struggle to quickly get back into the workforce, which would result in detachment from the labor market. Fitch noted that large increases in unemployment after the global financial crisis in 2008 and 2009 led to a sharp increase in long-term unemployment. It also said that labor-market dislocation will see a sustained reduction in average working hours and possibly lower workforce participation rates.

“The sharp falls in business investment that we are anticipating will also lead to lower growth in the capital stock,” Fitch said in the report. “A weaker outlook for capital accumulation accounts for about half of the revision to potential growth, with the rest explained by the anticipated reduction in labor input as unemployment rises and average hours worked fall on a sustained basis.”

Despite using the optimistic assumption that there will be no return to the lockdowns, Fitch acknowledges that the “risks surrounding these projections are very large.” However, it also said it thinks the discovery of a vaccine could save the day.

“Repeated surges in new infection rates … could cause a sluggish recovery as economic re-opening is delayed,” according to the report. “On the other hand, medical breakthroughs, which see widespread dissemination of vaccines or anti-viral treatments, could prompt a discrete easing of social distancing restrictions and behaviors, which, in turn, result in a rapid normalization of economic activity.”

« The Dollar Is in Peril of Getting Knocked Off Its Perch, Goldman Warns