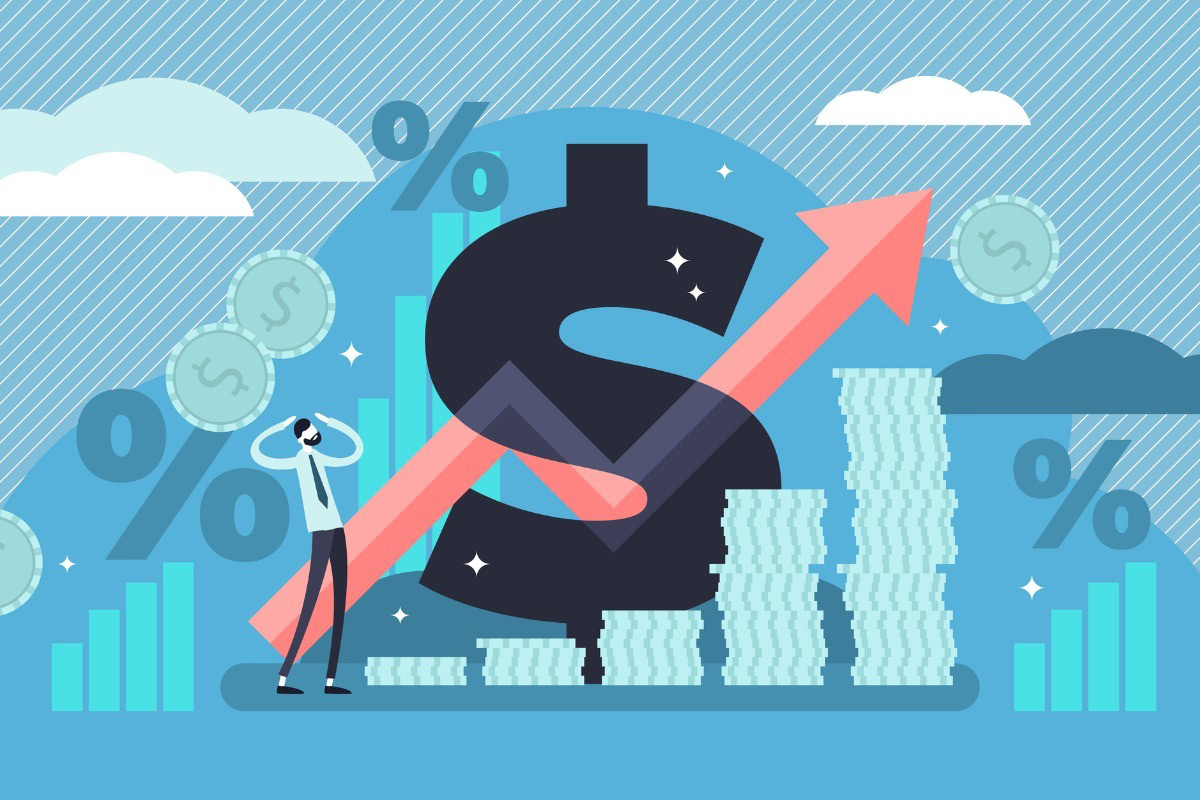 Talk of inflation is in the air. But academic Jeremy Siegel, best known as a storied bull on stocks, tops all the inflation palaver. He thinks it will blow through the conventional expectations of 3% or so annually, up from the 1.6% inflation figure recently.

In fact, Siegel believes inflation will surge a bracing 20% over the next three or four years. That means it could be as high as 6.7% annually during that span.

To Wharton economics professor Siegel, stocks will do well amid such a period of surging price gains. Shares, which he refers to as “real assets”—as they represent a solid portion of a company as expressed by its earnings and other stuff like intellectual property—will shine. That’s because, in the ubiquitous phrase connected with the current market rally, TINA. Or “there is no alternative.”

“Where else are they going to go” other than stocks, he asked, speaking of investors. Bonds will suffer with such renewed inflation, as interest rates rise and fixed-income prices plummet, he reasoned.

Siegel predicted that the Federal Reserve, which has held short-term rates near zero and says it intends to do so for the next two years, will end up hiking them later in 2021. And he says it will also curtail its bond buying program, amounting to $120 billion monthly. The saving grace for stocks, in his view, is that the economy should continue to boom, and earnings along with it. Stocks typically follow earnings growth.

Fed Chair Jerome Powell has said any higher inflation will be only temporary. Market reaction to the lower-than-expected jobs report on Friday—they rose just 266,000, when almost 1 million had been forecast—seemed to dampen the inflation narrative for the moment. The S&P 500 jumped 0.74% on the news.

But over the longer term, numerous Wall Street big shots, including JPMorgan Chase’s chief, Jamie Dimon, have expressed uneasiness that inflation will shoot up in coming months. The catalysts, to be sure, would be Washington’s multitrillion-dollar stimulus efforts, a rising economy, and released pent-up consumer demand.

Those with long memories will recall, however, that the last time that inflation ran that high was in the 1970s and early 1980s, the era of stagflation—when the economic growth suffered, and the stock market along with it.

Academic studies galore have explored the trade-off between inflation and stocks, and they seem to support the notion that inflation in low single digits has a benign effect on stock prices. But when it moves higher than that, trouble appears. Standard & Poor’s did a report showing that, adjusted for inflation, the S&P 500 from 1972 to 1982 fell 53% overall.

To Siegel, the market is in the sixth inning now. And that means investors should opt for the most economically sensitive stocks to benefit amid recovery from the pandemic. While Siegel said he foresaw “a day of reckoning” for an inflation-fueled market, it will be a long way off.