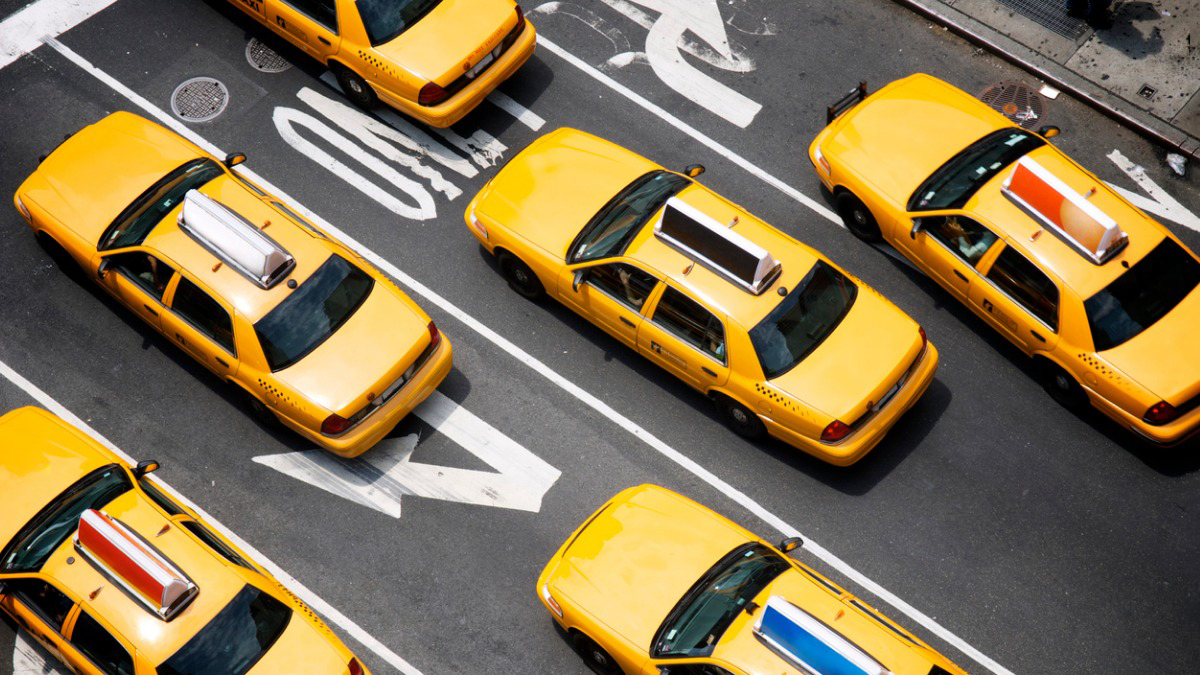 The head of a firm that made loans backed by taxicab medallions was driven to commit fraud by the popularity of ride-hailing apps Uber and Lyft, according to charges filed by the US Securities and Exchange Commission (SEC).

According to the SEC’s complaint, up until 2014 Medallion Financial had been on an extended run of success, and its dividend-paying stock rose to an all-time high of $17 per share. But by 2015, ride-hailing apps Uber and Lyft threatened the taxi industry and the value of taxi medallions—which collateralized Medallion Financial’s loan portfolios—crashed and dragged the company’s stock down to about $3 per share. The stock also stopped making dividend payments. The company then became a target of short-sellers and received negative criticism on financial websites and blogs.

“Under pressure to do something, Murstein violated the federal securities laws,” the SEC alleges in its complaint.

The first alleged scheme involved illegal touting in response to the short-sellers and bloggers that were writing Medallion Financial’s obituary. To counter the negative posts about the company. Murstein hired Lawrence Meyers, CEO and owner of media strategy company Ichabod’s Cranium. According to the SEC, Meyers’ specialty was “stealth” public relations, and Murstein allegedly paid Meyers to promote Medallion Financial online anonymously.

“Murstein allegedly paid for more than 50 articles and hundreds of positive comments, which were really paid advertisements placed across the web in an effort to deceive investors about the value of Medallion’s stock,” Richard Best, director of the SEC’s New York Regional Office, said in a statement.

The complaint alleges that Murstein approved Meyers’ hundreds of postings—many of which used pseudonyms—prior to their publication and failed to disclose that the postings were paid for.

“Murstein knew or was reckless in not knowing that the touters did not disclose their affiliation with the company,” said the complaint. “For Murstein, that was the point: His touters would not be credible if they disclosed that they were being paid.”

The second alleged scheme was an attempt to increase Medallion Financial’s stock price by boosting the carrying value, or “fair value,” of subsidiary Medallion Bank to offset losses relating to the taxicab medallion loans.

“There was no legitimate basis to do so, however, because of the deteriorating value of the collateral securing the bank’s medallion loan portfolio,” according to the complaint. “And the valuation firm Medallion Financial used to determine fair value made this clear to Murstein.”

The SEC alleges Murstein pressured a valuation firm to accept his inflated number, but was rebuffed. Murstein then fired the valuation firm and went “opinion shopping” for one that would agree to value the bank at his inflated figure. The complaint said that when Murstein lured an investment bank with a quid pro quo offer of providing a false valuation in exchange for lucrative investment banking work in the future, the bank’s reported fair value suddenly jumped to $193 million during the third quarter of 2016, from $166 million the previous quarter, and then to $280 million in the fourth quarter.

“Medallion Financial’s sudden increases in fair value—at a time when the collateral values of the bank’s loans were plummeting—resulted from Murstein’s behind-the-scenes conduct,” the complaint alleges.

The complaint charges Murstein and Medallion Financial with violating the antifraud, books and records, internal controls, and anti-touting provisions of federal securities laws. Murstein is also charged with making false statements to Medallion’s auditor. The complaint also charges Ichabod’s Cranium and Meyers with touting and fraud. The SEC is seeking permanent injunctions, disgorgement plus prejudgment interest, and civil penalties, as well as an officer-and-director bar against Murstein.

Former CEO Gets Over 11 Years for ‘Massive’ Market Manipulation