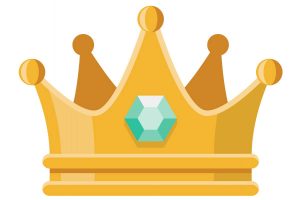 Several of the largest public pension funds in the US and the world have reported record-breaking returns for the past fiscal year. And while robust stock markets are often credited for the 20%-plus returns, private equity is consistently the top-performing asset class within many of the portfolios.

For example, the $469 billion California Public Employees’ Retirement System (CalPERS) reported a preliminary 21.3% net return on investments for the 12-month period ending June 30. The robust performance was led by the portfolio’s private equity investments, which outpaced its public equity investments by 43.8% to 36.3%.

And the $308.6 billion California State Teachers’ Retirement System (CalSTRS) reported a record 27.2% net return on investments for fiscal year 2020–2021 thanks to private equity investment returns of 51.9%, which outpaced its public equity investments by more than 10 percentage points.

The $67.9 billion portfolio for the Maryland State Retirement and Pension System (MSRPS), which also recently reported a record fiscal year return of 26.7%, was also led by its private equity investments. The asset class earned 51.85% for MSRPS during the year, compared with its public equity investments, which returned  44.54%.

And for the Public Employees’ Retirement System of Mississippi, not only was private equity the top performing asset class during the most recent year, with a return of 58.87%, but it’s also the pension fund’s top performing asset class over the past three, five and 10 years, returning 24%, 21.72%, and 16.61%, respectively, on an annualized basis.

The asset class has also been boosting returns for pension funds outside the US, as $50 billion Swedish pension fund AP1’s 11% investment return for the first half of 2021 was led by the 22.8% return produced by its private equity assets, while its domestic and developed market equities returned 19.6% and 13.5%, respectively. And the Ontario Municipal Employees Retirement System’s private equity investments surged 15.8% during the first half of 2021 after losing 8.4% last year, according to Bloomberg.

The asset class has been boosted by approximately $580 billion in new deals during the first six months of 2021, which sets the industry on pace for its first-ever trillion-dollar year. That’s almost three times what firms reported during the first half of 2020, and it marks a 53% increase over the second half of last year, according to EY, which said the “high-water mark” for private equity deals was during 2006–2007, when private equity firms collectively reported more than $750 billion in deals.

« ‘Crypto Mom’ Pushes Back Against SEC Over Poloniex Fine